Creating businesses, creating society, and creating the future with the infinite potential of human beings

To promote the regrowth of Japan and pursue solutions for a wide range of problems, we devote our full effort to supporting the evolution of Japan's growth industry sectors.

Japan's rate of economic growth has fallen to the lowest level in the world.1 It's all for Japan.

In the past, Japan had one of the world's leading economies. However, its position has fallen steadily over the last 20 or 30 years.

Other countries are catching up, and Japan may be overtaken not only by advanced economies, but also by developing nations. In Japan, a country where the human lifespan has reached 100 years,
for Startups is pursuing a future where startup companies can take on new challenges and grow with increasing strength.
‍ 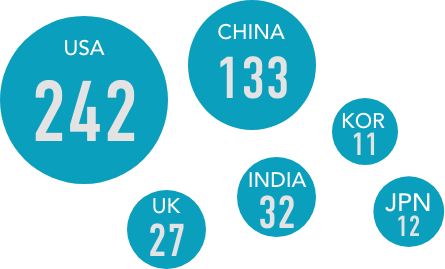 3 Figures for the numbers of unicorn companies are taken from Statista, "Number of unicorns worldwide as of April 2021, by country," accessed 06/10/2021.
https://www.statista.com/statistics/1096928/number-of-global-unicorns-by-country/

4 Figures for the numbers of Japanese companies are taken from Startup DB: Companies valued at 100 billion yen or more (as of 07/19/2021).

Recent activities of for Startups

Ever since the company was founded, for Startups has based its work on support for human resources, with the goal of developing infrastructure that will support growth industries over the medium to long term.
We are beginning to extend support in terms of financial resources, in addition to human resources, and we consider the fiscal year ending March 2022 to be an inaugural year for hybrid capital.
‍ 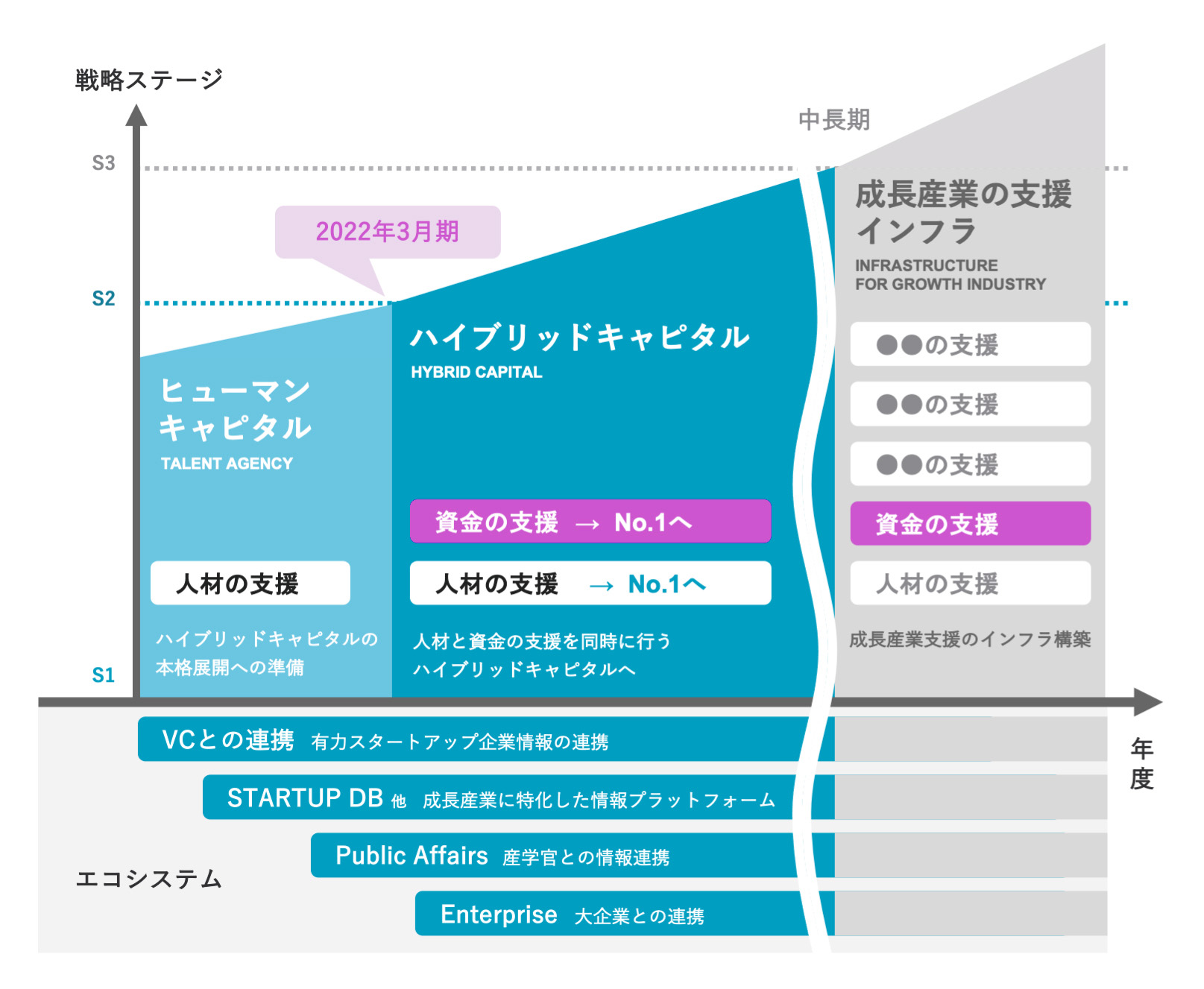 We believe that people, money, information, and strategies are the important parts of the framework that supports growth industries. Through our "Talent Agency" services, we have already achieved a positive track record concerning the aspect of people (support for human resources). To encourage more people to take on challenges, we will also further strengthen our support for entrepreneurship, which is another area of strength at our company.

The remaining factor is money (support for financial resources). In the past, our company has been involved in B/S investment and fund investment as a limited partner, but we believe that there is room for further expansion in the future. We would like to establish and operate our company's own fund, either with an external partner or independently, as a general partner.
The business of for Startups 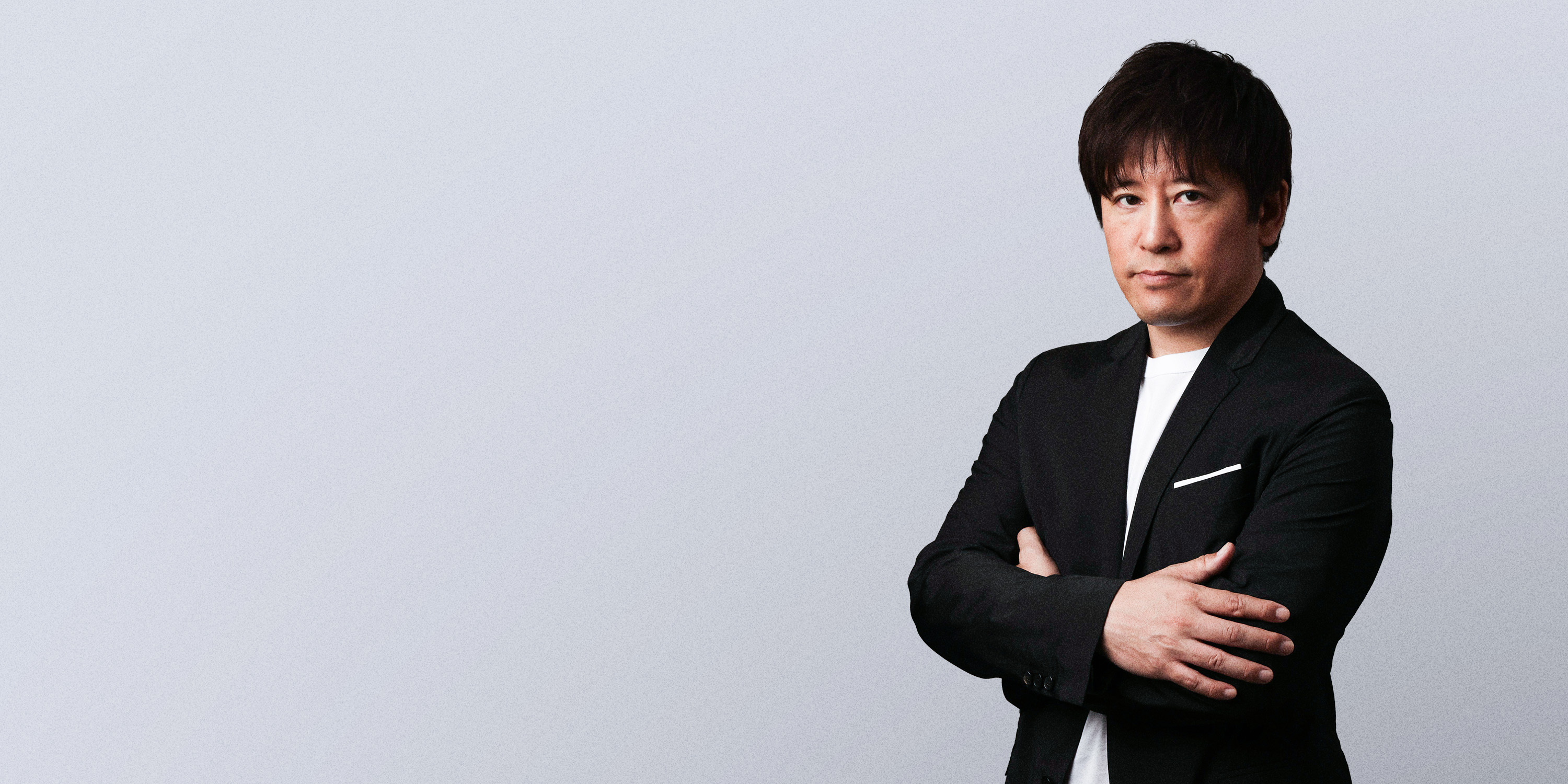 For several decades starting around 1990, the United States and China became increasingly powerful as they kept funneling their human and financial resources into growth industry sectors, creating the world's leading entrepreneurs and tech companies, including the GAFAM companies in the U.S. (Google, Amazon, Facebook, Apple, and Microsoft) and the BAT companies in China (Baidu, Alibaba, and Tencent).

Meanwhile, Japan has fallen far behind the U.S. and China in terms of support for its growth industry sectors. As a result, entrepreneurs are unable to launch new companies that can compete well on the world stage, and the Japanese standard of living and GDP are reportedly trending lower. In the past, Japan had funneled its human and financial resources into areas that were growth industry sectors in the postwar era, led by entrepreneurs and businessmen who pursued the challenge of worldwide success, and the Japanese economy achieved international dominance as a result.

It takes people working together to develop a business, and it takes businesses working together to develop a country. This is an equation that always holds true. Even if people have the kinds of new ideas and businesses that could change the world, they will never be able to accomplish it alone. In the hot growth areas of AI and robotics as well, there is a need for people to do the work of design and engineering. For the regrowth of Japan, we need to work on creating businesses, creating society, and creating the future with the infinite potential of human beings. Our company's mission is to optimize these endeavors.

Our company's name, for Startups, reflects our vision. The "startups" in our company's name refer to those persons who choose to rise to the challenge of playing a central role in evolution.
We will continue to evolve as a companion to these startups, focusing our business resources on producing startups and supporting their growth, in our ongoing work along with venture capital and ecosystem builders. We will do all we can to improve the international competitiveness of Japan's ecosystem for innovation and contribute to the evolution of Japan, with the goal of achieving an environment where more startups can play an active role in the world.

The mission, vision, and values of for Startups 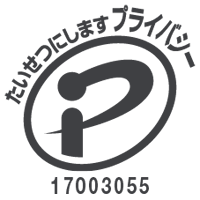